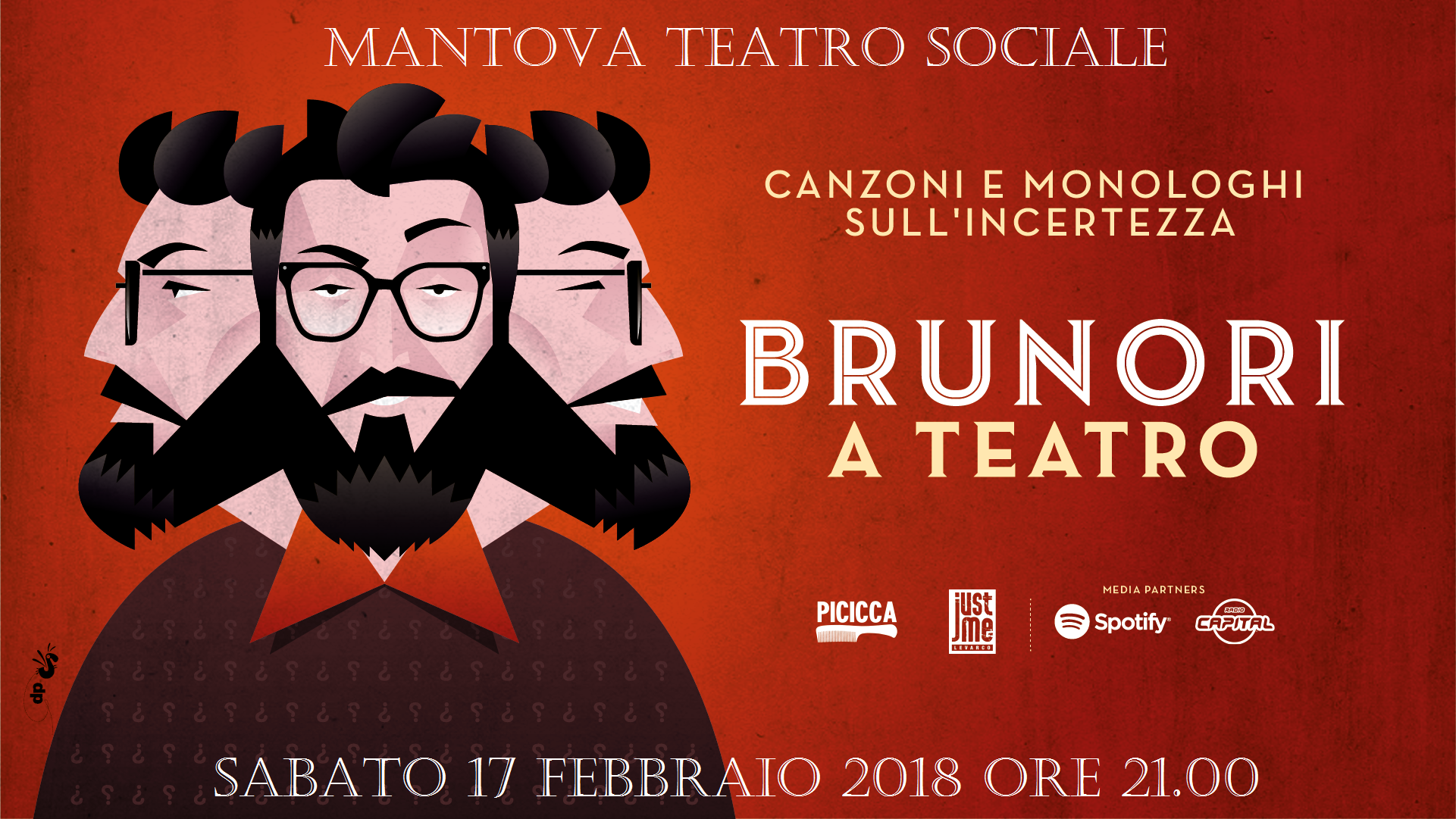 Brunori Sas, a songwriter from Cosenza, will perform live Saturday, February 17th, 2018, from 9.00 pm, at the Teatro Sociale in Mantua, in Felice Cavallotti Square, 14.

Brunori begins to appear on the musical scene in 2009, with the debut album Vol.1, with which he wins the Ciampi Award 2009 and the  Targa Tenco Award in 2010, followed two years later by the second album Vol.2 and in 2014 by Vol.3 – Il cammino di Santiago in taxi, which debuts at the top of the sales charts for the month of May of that year.

Also in 2014, his tour was sold out in over 20 programming dates and he also performed in the concerts of Luciano Ligabue, at the opening of every night.

From 2015 he started a tour in the most prestigious Italian theaters, with the show Brunori Srl – Una società a responsabilità limitata, where songs and moments of comedy come together and entertain the audience, followed shortly thereafter by his fourth album A casa tutto bene, that will bring him a new sold out in the stages of his tour.